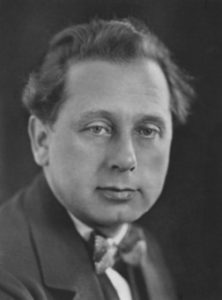 Jaroslav was born 22nd of February 1883 in Ústí nad Orlicí in house no. 31 in today’s Master Jaroslav Kocian street. His first teacher was father Julius and later Josef Zábrodský. When he was four and a half years old, he first performed with the violin at the annual meeting of the Cecilia musical unity in Ústí nad Orlicí. By heart, with his father who played the guitar, he played 24 national songs on his violin. When he was thirteen, as an exceptionally talented pupil, he was accepted to the Prague Conservatoire in the violin department under the brilliant pedagogue Otakar Ševčík. He studied the composition under Antonín Dvořák.

In 1901 he finished studying and after a number of concerts in Bohemia he won the attention of the Viennese audience. Vienna also became his gateway to the world. He went on his first USA tour on the 22nd of November 1902 with Ústí´s František Špindler. In the United States he won great favour and admiration, especially among expats. The list of Kocian’s concerts, which he performed between 1901 and 1930 is large. Listeners on almost every continent heard his technically perfect and deeply felt play, always with clean intonation and a distinctive tone.

From 1922 Jaroslav Kocian worked at the Prague Conservatoire, first as an associate professor, when he was substituting a sick professor Otakar Ševčík, from 1930 to 1943, and then as a professor of the master school. During his pedagogical activity he raised many great violinists, for example the excellent Václav Snítil and Josef Suk.

Jaroslav Kocian’s relationship to his native Ústí nad Orlicí was for years very warm. Often, he returned to Ústí from his travels to build up new strength or to study new repertoire.

We see the name Jaroslav Kocian very often, and not only in the days of May when there is the annual international Kocian Violin Competition for youth. Since 1940, his name has been represented in the name of Ústí music school. On the 11th of September 1926, Jaroslav Kocian was named as an honorary citizen of the town Ústí nad Orlicí.

Jaroslav was at his own wish buried into the family tomb in Ústí nad Orlicí. In 1958, his remains were collected and moved to a place of honor in Slavín in Prague.

We use cookies on our website to give you the most relevant experience by remembering your preferences and repeat visits. By clicking “Accept All”, you consent to the use of ALL the cookies. However, you may visit "Cookie Settings" to provide a controlled consent.
Cookie SettingsAccept All
Manage consent